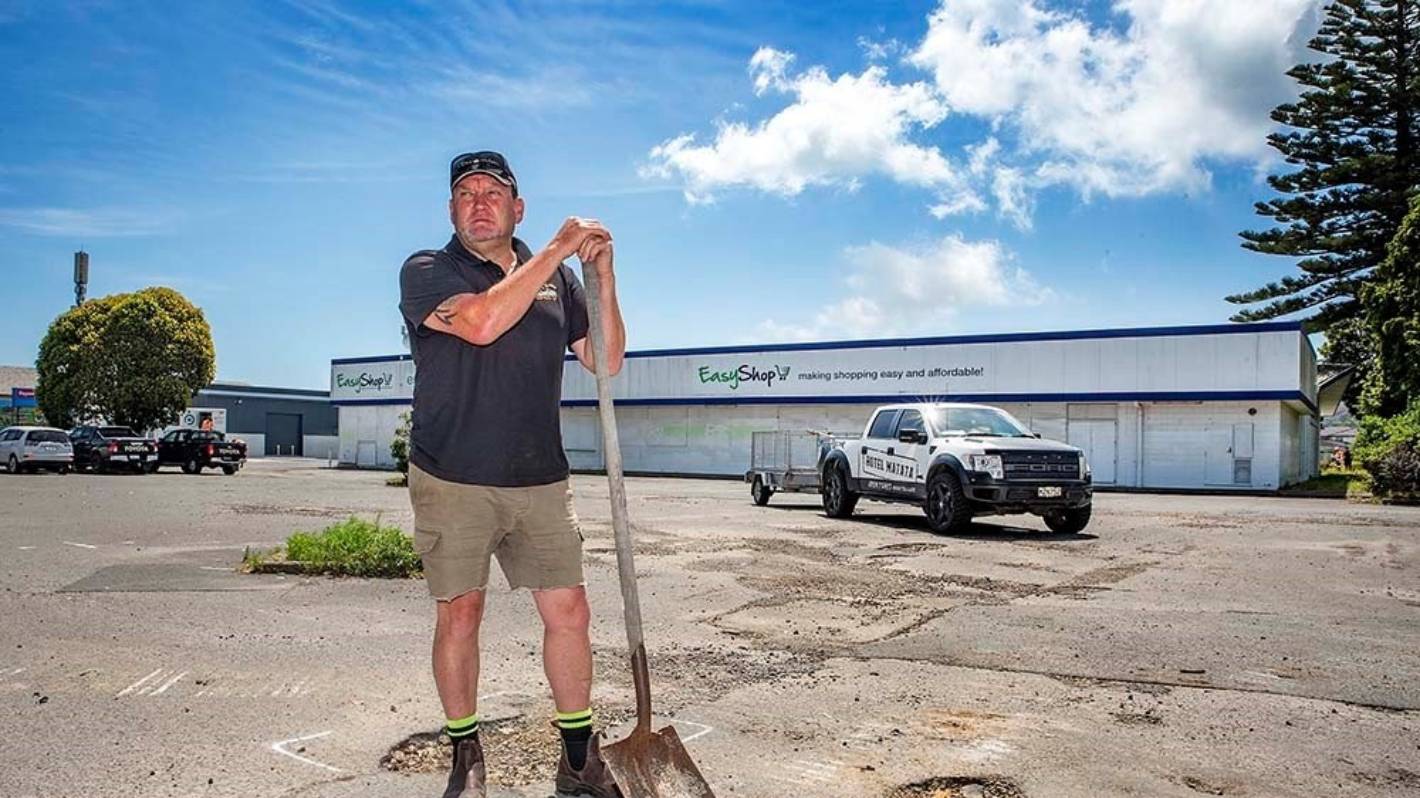 Plans to build an apartment complex on a former supermarket site in Whakatāne are back – this time with Kāinga Ora in charge of the development.

Houses and Communities of Kāinga Ora, Darren Toy, director of Bay of Plenty, told Local Democracy Reporting that the government housing agency recently purchased the nearly 6,000 m² site at 114 King Street in Whakatāne and also a site of 2,032 m² in Ōpōtiki.

Kopeopeo’s site, Whakatāne, which once housed Woolworths, Price Chopper and Countdown supermarkets, was owned by Allan Unsworth who said he thought the development was exciting for the community.

“It will really help beautify this region which has become quite dilapidated and will also provide much needed housing and work for our trades.”

He said he had received numerous offers to buy the site in the past eight to ten years that he had owned it, but no one was ready to offer him the right price.

Tauranga-based development company Quintex Properties had drawn up plans and obtained resource consent for the construction of 42 three-bedroom residential units on the site last year, marketed as 42 on King. However, the company withdrew from the project due to rising construction costs. making it non-viable.

Unsworth said Kāinga Ora will go ahead with 42 apartments on King. “They will refine [the plans] kinda, but that’s pretty much how they do them anyway. They will start next year.

Unsworth said he had recently considered building a shopping center at the site.

“I had a few tenants keen to move in, but these guys came in and made me an offer that I couldn’t refuse.

“I thought to myself, do I spend the next three years dealing with consulting and the issues of trying to get building materials from overseas? “

Unsworth wasn’t ready to reveal how much Kāinga Ora had paid for the site but, according to real estate website OneRoof, the property was recently sold for $ 2.5 million. He said the sale closed on November 22.

Toy said Kāinga Ora is currently reviewing existing plans for the site to assess other potential options for this “large and well-located site close to services and schools.”

“In Ōpōtiki, we also recently purchased 155 Ford Street, a large site that we will redevelop to provide six new two and three bedroom houses, replacing the existing old house.

According to the homes.co.nz website, the Ford Street property was sold on September 23 for $ 400,000.

“I am delighted that we were able to secure these two sites for much needed housing in whānau and tamariki, and we are working as quickly as possible to provide these new housing. We are in the early stages of these housing developments, and once we have more details we will share them with the community.

Toy said rumors that Kāinga Ora also purchased the Nau Mai Motel, which is currently used by the Department of Social Development for emergency housing, were false.

Kāinga Ora did not buy or consider buying the Whakatāne Motel, he said.

“With our housing shortage, we know it affects the entire housing industry, from high-end housing to affordable housing and rentals on the other end. The easy part, in my opinion, is the mid to high end. You change the zoning of a lot and a developer comes in and develops it and off you go. But my biggest concern is how we are going to supply the affordable market, particularly with rentals. So I hear about projects like this and it thrills me because it’s exactly the kind of thing we need.