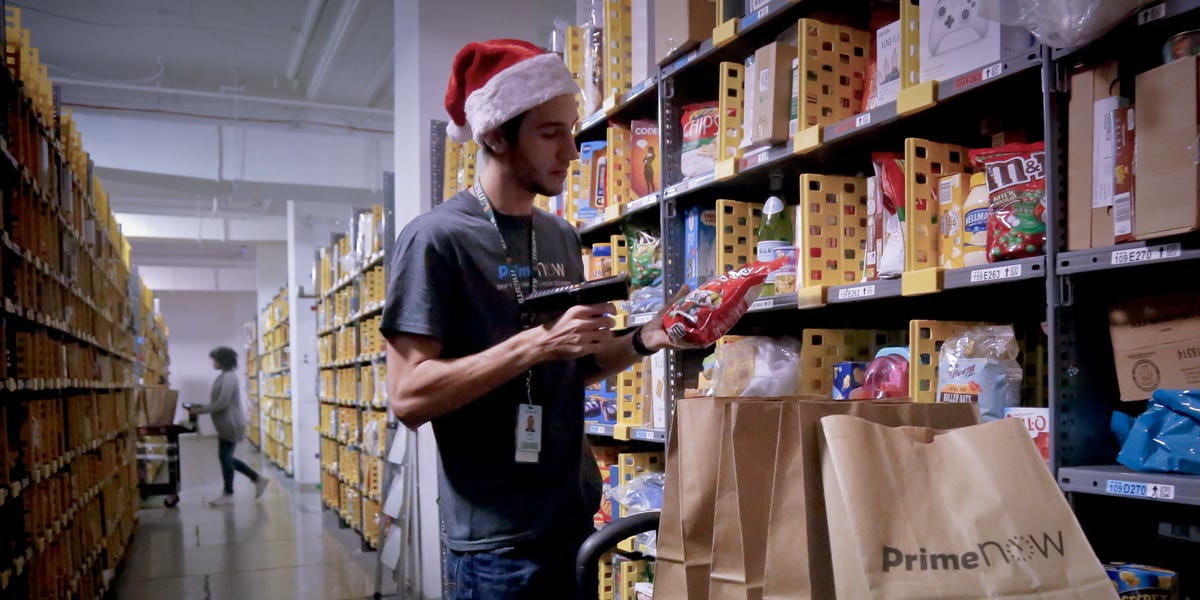 Amazon already owns a big chunk of the toy industry, but with Toys R Us working through bankruptcy, the online giant’s footprint is set to get even bigger.

In 2016, toy sales on Amazon totaled $4 billion, meaning the company controlled about 20% of the total market, according to Jefferies analyst Stephanie Wissink.

“More than half of Amazon’s annual toy sales are concentrated in less than 60 days of sale and 35% in December alone,” Wissink said in a note to customers. “It is plausible that the 2017 holiday season marks the point of near parity when sales of bricks and clicks are evened out.”

Wissink says Amazon sold about $2 billion worth of toys in the last two months of 2016, and that was with Toys R Us as a competitor. Now that the toy giant is hobbled, Amazon’s share could rise even further.

However, Toys R Us isn’t completely out of the picture. The company posted $4.66 billion in revenue in the fourth quarter of 2017, surpassing Amazon’s annual toy sales and more than doubling its fourth-quarter sales, according to Bloomberg data. It should be noted, however, that Toys R Us revenue includes all product categories, including baby items.

Tech-savvy millennials are starting to have more children, and Wissink said this new generation of parents are strapped for time and leaning more toward shopping online than in physical stores. With the holiday season just around the corner, it looks like Amazon could benefit from this trend.