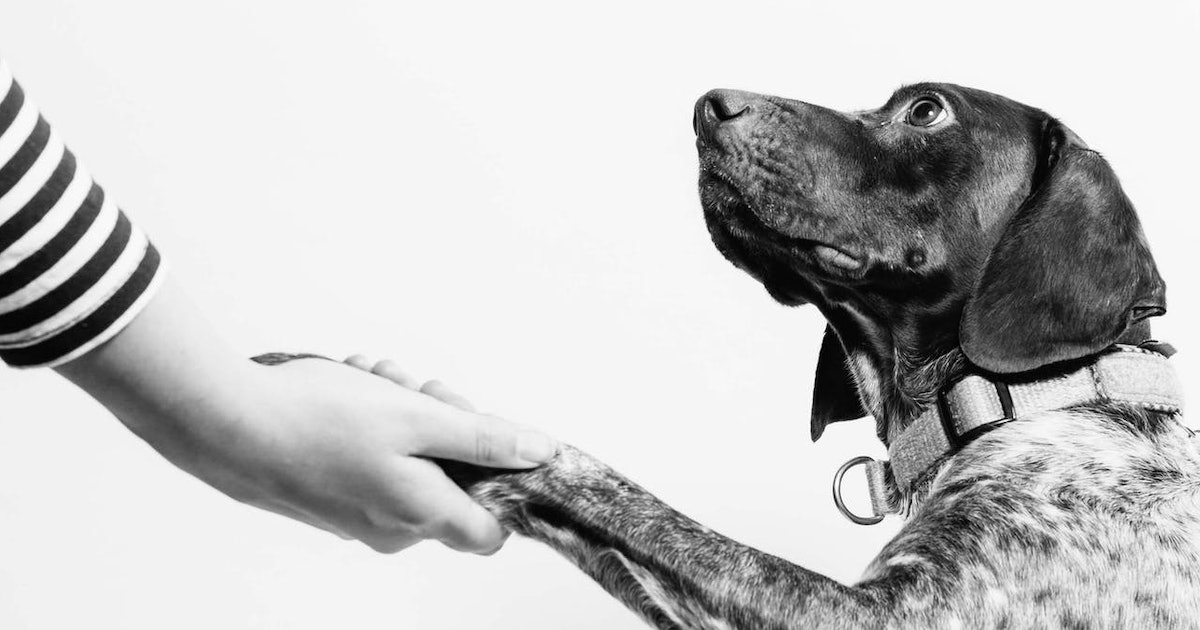 The human is unique in their ability to develop sophisticated language skills. Language allows us to communicate with each other and to live in complex societies. It is the key to our advanced cognitive abilities and technological prowess.

As a developmental psychologist, I have studied in depth the role of language in the cognitive development of children, in particular their executive functions – the cognitive skills that allow them to control their behavior, plan the future, solve difficult problems and to resist temptation.

Do dogs have executive function?

The development of executive functions occurs slowly during childhood. As children get older, they are better able to organize their thoughts and control their behaviors and emotions. In fact, humans are the only species known to develop advanced executive functions, although other species like birds, primates, and dogs have rudimentary executive functions similar to those of young children.

In humans, our ability to develop executive functions has been linked to our language development. Language allows us to form and hold in mind representations of our goals and plans, allowing us to govern our behavior over the long term.

How to Test Canine Behavior for Intelligence

For humans, the study of dogs provides the perfect opportunity to examine these questions. First, dogs possess rudimentary executive functions. These can be measured in a variety of ways, including asking owners about their dogs’ ability to control their behaviors, as well as performing behavioral tests designed to assess dogs’ control abilities.

Second, not only do we regularly expose dogs to human language, but research also indicates that dogs can perceive different words and can learn to respond to specific words. For example, three dogs – two border collies named Chaser and Rico, and a Yorkshire terrier named Bailey – learned to respond to over 1000, 200 and 100 words respectively.

However, many studies of dog language are limited in scope, either examining word-based responses from a single or small sample of dogs, or responses from multiple dogs, but only to select words .

One exception was a study in which 37 dog owners were asked to list the words they thought their dogs responded to consistently. Owners reported that their dogs responded to an average of 29 words, although this is likely an underestimate. Indeed, research using a similar free-recall approach with parents shows that they are prone to forget many words when asked to generate lists of words that their babies consistently respond to.

How to communicate with dogs

Research with human infants provides a solution to systematically and reliably assess word-based responses in large samples of dogs. Arguably the best and most widely used measure of infants’ early language abilities is the MacArthur-Bates Communicative Development Inventories, a checklist of words to which parents consistently respond. Remarkably, the number of words selected from the MacArthur-Bates Communicative Development Inventory predicts children’s language development years later.

In 2015, I began a collaboration with psychologist Catherine Reeve, then a graduate student working on the scent detection abilities of dogs. Our goal was to develop a similar measure of vocabulary for use with dog owners that we could then use to examine links between language and executive functions.

We developed a list of 172 words organized into different categories (eg, toys, food, commands, outdoor places) and gave it to an online sample of 165 family and professional dog owners. We asked them to select words that their dogs responded to consistently.

We found that, on average, service dogs respond to around 120 words, while pets respond to around 80 words, ranging from 15 to 215 words for all dogs. We also found that certain breed groups, such as herding dogs like border collies and toy dogs like chihuahuas, respond to more words and phrases than other breed types like terriers, retrievers and mixed races.

What we don’t yet know is whether dogs that respond to more words also have better executive functions. We recently assessed 100 dogs on a behavioral measure of executive function and asked their owners to identify words on our vocabulary checklist. We now analyze the results.

I first became interested in studying dogs to see what they could tell us about child development. That said, this research could also provide important practical information about dogs. For example, it is very expensive to train puppies for service work and many do not make the final cut. However, if early word-based response abilities predict later behavioral and cognitive abilities, our measure could become an early and simple tool to help predict which dogs are likely to become good service animals.

This article was originally published on The conversation through Sophie Jacques at Dalhousie University. Read it original article here.