The Salvation Army holds a donation of toys 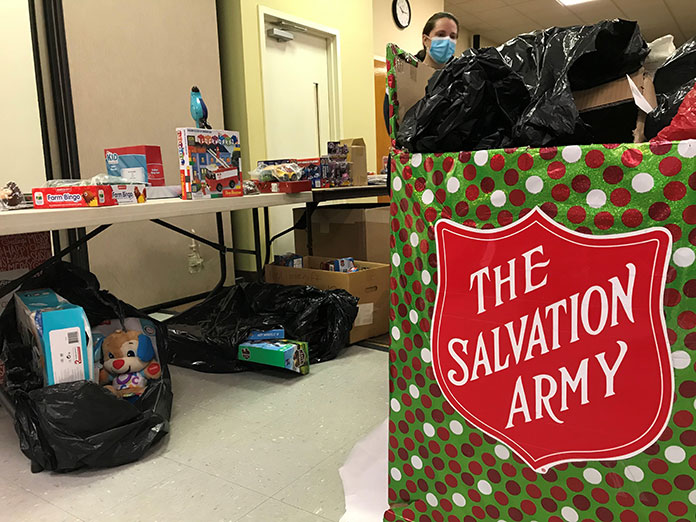 TOMS RIVER – Another Christmas has passed and for some this has been the most difficult.

A line of cars surrounded the Salvation Army building on Route 37. Each car represented a family that needed help buying gifts for their children.

From October, the Salvation Army began to receive requests from residents for what was needed in the home, said Major Carol Ditmer. Volunteers collected toys, clothes and other gifts from well-meaning locals. The family came by car, gave a ticket with their number to one door, then at another door, volunteers pulled out a bag of stuff for them.

“Some families have been adopted by groups and it’s very nice,” she says.

This year, however, the need for freebies was elusive, Ditmer said. Usually, locally owned stores would be donation sites. But because of the virus, many companies didn’t want people to come.

Public schools are also important sources of donations which dried up when schools were closed fully or partially. Even the schools that opened were not at full capacity.

Seniors’ groups are generally generous right now, but they weren’t getting together because of the virus either, she said.

“We try to respond to their requests as well as possible,” she said. There were over 300 families in need.

The basic operation of collecting toys was also impacted. They also couldn’t get that many kettles out this year, she said. Another problem was transportation. You could not drive several people in the same vehicle if they were not from the same household.

“If it weren’t for our volunteers, we would be lost,” she said.

The best way to help most charities is to donate money. There are ways to donate online at Salvation Army.org, or it can be dropped off at their building, located at 1738 Route 37E.