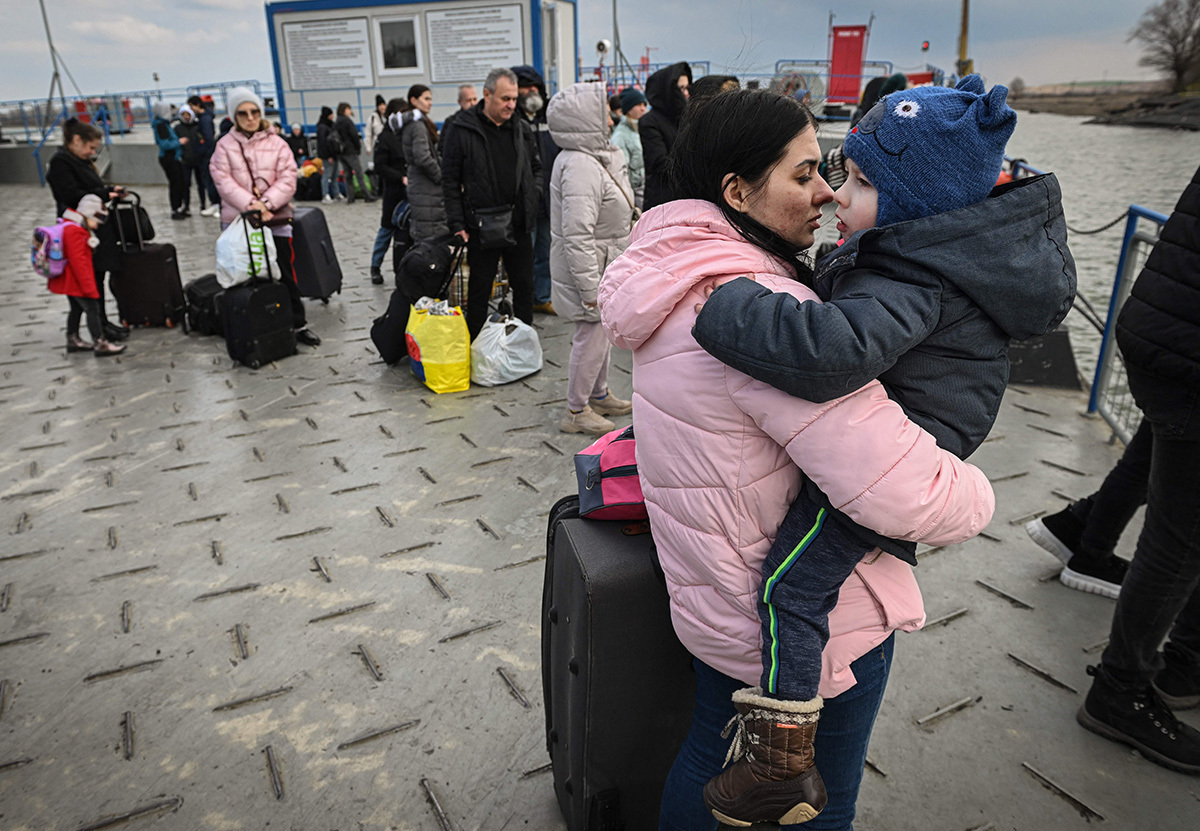 A Romanian office building has been converted into space to accommodate 450 refugees a night as the Romanian Orthodox Church and an international humanitarian organization respond to the mass exodus of Ukrainians from their homes as Russian troops ravage the country.

Edgar Sandoval, the CEO of World Vision, was in Romania recently to assess the organization’s efforts to help Ukrainians who have been forced to flee their homes amid Russia’s invasion of their country and shared what he witnessed in an interview with The Christian Post.

Despite the challenges of providing food, clothing and shelter to hundreds, if not thousands of refugees, Sandoval hailed the “generosity of the Romanian community”, recalling that during a visit to the Romanian city of Iasi, he “saw this office building which had been completely renovated into a shelter and everything inside the shelter had been provided by the community. He told CP that the shelter included “everything from beds , mattresses, sheets, blankets, pillows [and] toys” provided by the “generosity of the community”.

“This office space could accommodate 450 refugees a night, but they also have to keep paying for electricity” as well as showers and “that’s where World Vision comes in,” he said. “We have partnered with them by providing utilities, hygiene kits, laundry and showers.”

“The exodus of people is only increasing and so it has become… the fastest growing refugee crisis since World War II,” Sandoval said of the challenges facing Europe. confronted to help the millions of Ukrainians seeking refuge in neighboring countries.

“It is estimated that more than 3 million people have already fled Ukraine to neighboring countries,” he added. “I was at two border points, one with Moldova and one with Ukraine. And what I saw was just lines of people passing by, some walking, some with nothing but clothes on their backs, some with a suitcase.

Sandoval said that one day, at the border post in the town of Siret, “15,000 people passed through”. He lamented that the situation “continues to worsen as the conflict escalates”.

He compared the refugee crisis in Eastern Europe with those he had experienced in the past. In the current crisis, those fleeing Ukraine are “in transit” because “they want their final destination to be in Western Europe”. They stop in Romania on the way, he added, because “it’s so cold” and “they need a place where they can stay safely for a few nights”.

“They need food, they need showers [and] warm clothes,” he said. “The vast majority of people crossing are women and young children, and very young children at that.

Sandoval spoke of World Vision’s efforts to create “child-friendly spaces” which consist of “a small daycare center in a shelter where there are toys and activities where children can be children again as we try to alleviate any kind of psychosocial effects that the conflict may have on them.

In his conversations with refugees, Sandoval learned that many have friends and family in Western Europe, which is why they see the region as their ultimate destination. He shared a conversation he had with a father who has a 16-year-old son with special needs. They were staying in the office building which had been turned into a shelter. The man’s sister works as a servant in Italy, and she had come to Romania to help them find their way there.

While Sandoval predicts that most Ukrainian refugees will make their way to Western Europe after a stopover in Romania, he expects “more clarity on how many refugees will actually stay in Romania.” He spoke of ‘a plan being worked out’ to ensure children ‘can continue their education’ and get ‘all support services for families’ who choose to stay in the Eastern European country. .

The CEO of World Vision told CP that the demographic composition of refugees has changed over time. He suggested that people who left Ukraine at the start of the Ukraine-Russia conflict had “more means” because “they were leaving in their own car”. More recently, most refugees “arrive with nothing but the clothes they are wearing”.

World Vision plans to expand its response to the conflict between Ukraine and Russia to other countries in Eastern Europe. “We are in the process of assessing our partners in Moldova and also in Poland because we expect that the longer this conflict goes on, the more we expect that more and more people will want to seek refuge and cross the border” , Sandoval said. assess what might be needed to support the refugees in Moldova, to support them in Poland, and then we will have to continue our operation and strengthen our operation in Romania.

To date, World Vision has raised over $8 million for the Ukraine crisis. Having seen the “difference US donations are making for refugees,” Sandoval asked American Christians to “keep praying for this conflict” and to “donate because the needs are growing and we want to be able to be there.” for the people of Ukraine when they needed it most.

Ryan Foley is a reporter for The Christian Post. He can be contacted at: ryan.foley@christianpost.com